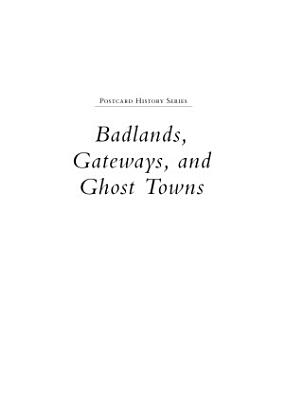 Before the early 1900s, the northern edge of the eroded White River Badlands was virtually impenetrable except for the precarious horseback trails that reached the plain below. The "Badlands Wall" is an escarpment that separates the upper prairie from the lower prairie for 60 miles. In 1907, the Chicago, Milwaukee & St. Paul Railroad pushed west from Chamberlain and reached the lower plains of the Badlands. Small towns sprang up to provide water for the steam engines and trade centers for the cattlemen and homesteaders moving into the area. These towns flourished for a time, but when they were no longer needed, they disappeared or became ghost towns. Meanwhile, settlers clamored for roads from the north into the interior. When the Badlands became accessible, tourists traveled to see them. Two towns, Kadoka and Wall, accommodated the tourists and became promoters as the gateways to the Badlands.