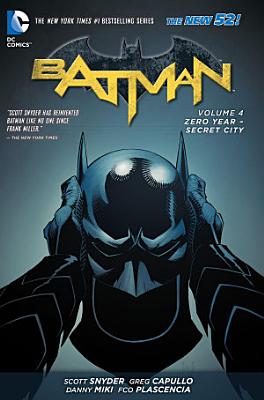 In this first volume of the critically acclaimed ZERO YEAR storyline, the #1 New York Times bestselling creative team of Scott Snyder and Greg Capullo present an astonishing new vision of the Dark Knight's origin—and his first encounters with the Riddler, the Red Hood, and others! Before the era of superheroes began—before the Batman spread his wings to protect the innocent and punish evil—Gotham City's prodigal son, Bruce Wayne, had been missing for years. But this was exactly the cover of darkness Bruce needed. Patrolling Gotham's streets, in a series of disguises, he began a career as a faceless vigilante. Collects BATMAN issues #21-#24.