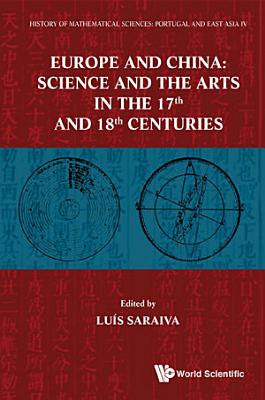 Missionaries, and in particular the Portuguese Assistancy of the Society of Jesus, played a fundamental role in the dissemination of Western scientific knowledge in East Asia. They also brought to Europe a deeper knowledge of Asian countries. This volume brings together a series of essays analyzing important new data on this significant scientific and cultural exchange, including several in-depth discussions of new sources relevant to Jesuit scientific activities at the Chinese Emperor''s Court. It includes major contributions examining various case studies that range from the work of some individual missionaries (Karel Slav cek, Guillaume Bonjour) in Beijing during the reigns of Kangxi and Yongzheng to the cultural exchange between a Korean envoy and the Beijing Jesuits during the early 18th century. Focusing in particular on the relationship between science and the arts, this volume also features articles pertaining to the historical contributions made by Tomis Pereira and Jean-Joseph-Marie Amiot, to the exchange of musical knowledge between China and Europe.