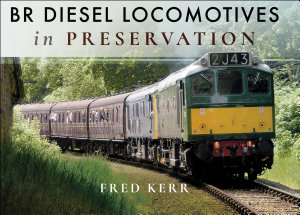 When British Railways (BR) initiated its Modernization Plan in 1954 it had little experience of diesel locomotives thus initiated a Pilot Scheme to trial combinations of the three elements comprised within a locomotive the engine, transmission and body.The initial orders for 174 locomotives were placed in November 1955, but even before the first locomotive had been delivered, changes in Government policy led to bulk orders for most designs being trailed. It was only in 1968, once steam traction had been removed from the network, that BR was able to review the success, or otherwise, of its diesel fleet and decide which designs to withdraw from service.The nascent preservation movement of the time was concerned to preserve steam locomotives whilst only buying diesel shunting locomotives for support roles on heritage lines and it wasnt until 1977 that any effort was made to preserve main line diesels. Once it was confirmed that diesel locomotives had an appeal to enthusiasts, further purchases were made that resulted in examples of most of the BR diesel classes being represented within the preservation movement.Fred Kerrs book details those classes which are represented on heritage lines, identifies where possible their location as of December 2016, shows many of them at work and shows what is involved in the restoration, maintenance and operation of diesel locomotives by the volunteers whose efforts are vital but rarely acknowledged.Some of the preserved locomotives were bought for possible use on the national network and this was facilitated by the Railways Bill 1993. A complementary album of preserved and heritage locomotives titled Heritage Traction on the Main Line details the locomotive classes whose representatives are still in regular use on the national network as at December 2016 and follows a similar format to this album.