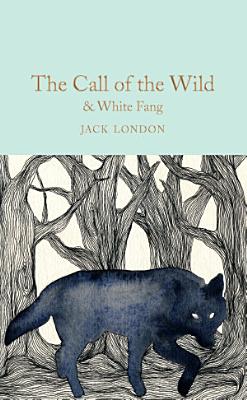 The Call of the Wild & White Fang Book Details:

The Call of the Wild & White Fang Book Summary/Review:

The Call of the Wild tells the story of Buck, a domestic dog who is kidnapped from his home in California and forced to pull sleds in the Arctic wasteland. White Fang, by contrast, is the tale of a crossbreed who is three-quarters wolf and a quarter dog, and who must endure considerable suffering in the wilderness before being tamed by an American and taken to live in California. Extraordinary both for the vividness of their descriptions and the success with which they imagine life from a non-human perspective, Jack London's classics of children’s literature are two of the greatest and most popular animal stories ever written. This beautiful Macmillan Collector’s Library edition of The Call of the Wild & White Fang features an afterword by Sam Gilpin. Designed to appeal to the booklover, the Macmillan Collector's Library is a series of beautiful gift editions of much-loved classic titles. Macmillan Collector's Library are books to love and treasure.