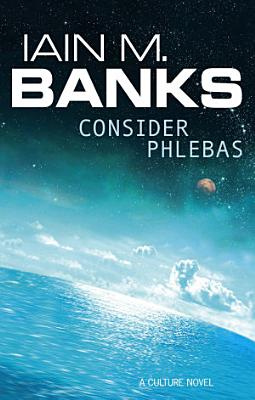 Consider Phlebas is a space opera of stunning power and awesome imagination, from a modern master of science fiction. The war raged across the galaxy. Billions had died, billions more were doomed. Moons, planets, the very stars themselves, faced destruction, cold-blooded, brutal, and worse, random. The Idirans fought for their Faith; the Culture for its moral right to exist. Principles were at stake. There could be no surrender. Within the cosmic conflict, an individual crusade. Deep within a fabled labyrinth on a barren world, a Planet of the Dead proscribed to mortals, lay a fugitive Mind. Both the Culture and the Idirans sought it. It was the fate of Horza, the Changer, and his motley crew of unpredictable mercenaries, human and machine, to actually find it - and with it their own destruction. Praise for the Culture series 'Epic in scope, ambitious in its ideas and absorbing in its execution' Independent on Sunday 'Banks has created one of the most enduring and endearing visions of the future' Guardian 'Jam-packed with extraordinary invention' Scotsman 'Compulsive reading' Sunday Telegraph The Culture series: Consider Phlebas The Player of Games Use of Weapons The State of the Art Excession Inversions Look to Windward Matter Surface Detail The Hydrogen Sonata Other books by Iain M. Banks: Against a Dark Background Feersum Endjinn The Algebraist