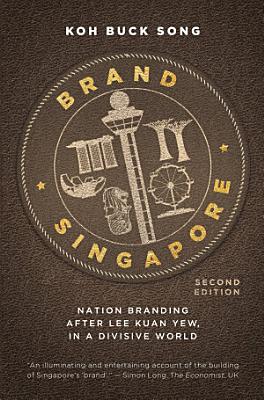 Without nation branding, there would be no Singapore. Reputation is precious. Top talent and hot money gravitate only to the most attractive, respected nations. For a country as small and as young as Singapore, its brand is its most valuable asset. Singapore’s stunning ascent from Third World to First World in a matter of 30 years was spearheaded by a concerted, closely-coordinated programme of nation branding. Brand Singapore helped to attract the investments, business, trade, tourism and talented human resources that are the lifeblood of a successful nation. Today, the city-state is known internationally as a dynamic, safe, corruption-free place to do business, a Garden City, and increasingly, a vibrant city of culture and the arts. In global surveys of quality of life, Singapore regularly tops the charts. How did Singapore create this country brand, cultivate and guard it, sell it to its “shareholders”, and make it known to the world? Drawing on two decades in the nation branding game, Koh Buck Song offers an illuminating inside look at – and candid critique of – a country brand that is as rich in resource as it is potent with promise. Since the first publication of this book in 2011, Singapore has celebrated its golden jubilee of independence, undergone a watershed general election and the death of founding father Lee Kuan Yew, and seen its nation brand rise and fall amid the disruptions of an increasingly divisive world (Brexit, Trump, China, etc). This timely second edition explores the implications of all these factors on Singapore’s future.