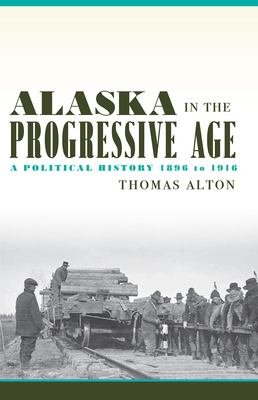 "Alaska emerged from obscurity in the late 1890s, and the growth of its population and economy occurred during an era of Progressive change when the centers of power were shifting from giant business conglomerates to government-mandated regulation and socio-economic reform. The territory benefitted greatly, but progress arrived piecemeal over the course of decades. The pioneers were eager to see Alaska develop. They wanted systems of transportation, communication, and effective law, and they wanted them now. When Congress was slow to act, Alaskans responded with cries of neglect and abuse, and those complaints festered and persisted. Such feelings were not wrong or misplaced. Alaskans living in the moment had no way of peering into the future. But from today's perspective we can see that over time Alaska as both a territory and a state has been enriched far more than neglected or abused by the United States government. The journalist and the historian view the same events through different colored glasses. Each writer brings a unique point of view, and it is these fresh interpretations that keep history alive and vital."--Provided by publisher.