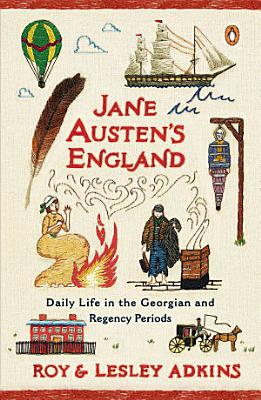 An authoritative account of everyday life in Regency England, the backdrop of Austen’s beloved novels, from the authors of the forthcoming Gibraltar: The Greatest Siege in British History (March 2018) Nearly two centuries after her death, Jane Austen remains the most cherished of all novelists in the English language, incomparable in the wit, warmth, and insight with which she depicts her characters and life. Yet the milieu Austen presents is only one aspect of the England in which she lived, a time of war, unrest, and dramatic changes in the country’s physical and social landscape. Jane Austen’s England offers a fascinating new view of the great novelist’s time, in a wide-ranging and richly detailed social history of English culture. As in their bestselling book Nelson’s Trafalgar, Roy and Lesley Adkins have drawn upon a wide array of contemporary sources to chart the daily lives of both the gentry and the commoners, providing a vivid cultural snapshot of not only how people worked and played, but how they struggled to survive.