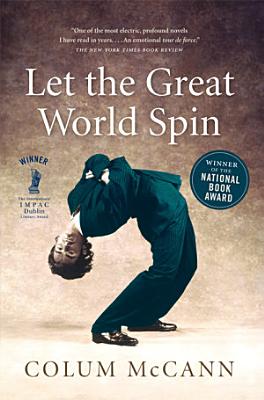 One August morning in 1974, a tightrope walker makes his way, through the dawn light, between the World Trade Center towers. In the streets below, a slew of ordinary lives become extraordinary in this stunningly intricate portrait of a city and its people. Corrigan, a radical, young Irish monk, struggles with his demons in the burning Bronx. A group of mothers gathers in a Park Avenue apartment to mourn their sons who have died in Vietnam. Farther uptown, Tillie, a thirty-eight-year-old grandmother, turns tricks alongside her teenaged daughter, determined to take care of her babies and to prove her own worth. Hailed as an American masterpiece, McCann’s powerful allegory of 9/11 comes alive in the unforgettable voices of these, and other, seemingly disparate characters, drawn together by hope, beauty and the tightrope walker’s “artistic crime of the century.” McCann’s most ambitious work to date, Let the Great World Spin is a triumphant novel.