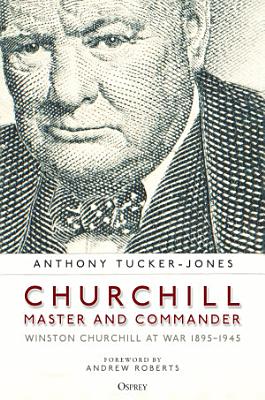 'Masterful research, impeccable detail, with a beautifully flowing narrative of which Churchill himself would have been proud.' - Professor Peter Caddick-Adams From his earliest days Winston Churchill was an extreme risk taker and he carried this into adulthood. Today he is widely hailed as Britain's greatest wartime leader and politician. Deep down though, he was foremost a warlord. Just like his ally Stalin, and his arch enemies Hitler and Mussolini, Churchill could not help himself and insisted on personally directing the strategic conduct of World War II. For better or worse he insisted on being political master and military commander. Again like his wartime contemporaries, he had a habit of not heeding the advice of his generals. The results of this were disasters in Norway, North Africa, Greece and Crete during 1940–41. His fruitless Dodecanese campaign in 1943 also ended in defeat. Churchill's pig-headedness over supporting the Italian campaign in defiance of the Riviera landings culminated in him threatening to resign and bring down the British Government. Yet on occasions he got it just right, his refusal to surrender in 1940, the British miracle at Dunkirk and victory in the Battle of Britain, showed that he was a much-needed decisive leader. Nor did he shy away from difficult decisions, such as the destruction of the French Fleet to prevent it falling into German hands and his subsequent war against Vichy France. In this fascinating new book, acclaimed historian Anthony Tucker-Jones explores the record of Winston Churchill as a military commander, assessing how the military experiences of his formative years shaped him for the difficult military decisions he took in office. This book assesses his choices in the some of the most controversial and high-profile campaigns of World War II, and how in high office his decision making was both right and wrong.