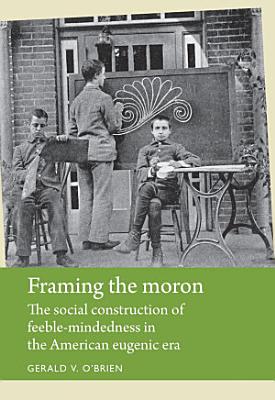 Many people are shocked upon discovering that tens of thousands of innocent persons in the United States were involuntarily sterilized, forced into institutions, and otherwise maltreated within the course of the eugenic movement (1900–30). Such social control efforts are easier to understand when we consider the variety of dehumanizing and fear-inducing rhetoric propagandists invoke to frame their potential victims. This book details the major rhetorical themes employed within the context of eugenic propaganda, drawing largely on original sources of the period. Early in the twentieth century the term “moron” was developed to describe the primary targets of eugenic control. This book demonstrates how the image of moronity in the United States was shaped by eugenicists. This book will be of interest not only to disability and eugenic scholars and historians, but to anyone who wants to explore the means by which pejorative metaphors are used to support social control efforts against vulnerable community groups.