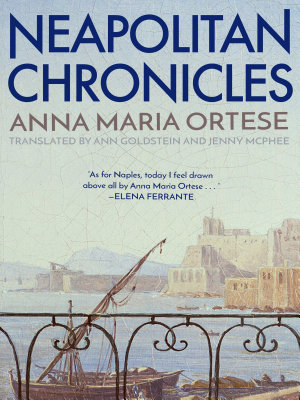 This prizewinning collection of stories and essays set in post-WWII Naples is “required reading for [Elena] Ferrante fans” (Kirkus Reviews). A classic of European literature, this superb collection of fiction and reportage is set in Italy’s most vibrant and turbulent metropolis—Naples—in the immediate aftermath of World War II. Depicting the widespread suffering and brutal desperation that plagued the city, it comprises a mix of masterful storytelling and piercing journalism. This book, with its unforgettable portrait of Naples high and low, is also a stunning literary companion to the great neorealist films of the era by directors such as Vittorio De Sica and Roberto Rossellini. From an author who has won most of Italy’s major literary prizes and served as “a major inspiration for Elana Ferrante,” Neapolitan Chronicles is exquisitely rendered in English by acclaimed translators Ann Goldstein and Jenny McPhee (The New York Times). Included in the collection is “A Pair of Eyeglasses,” one of the most widely praised Italian short stories of the last century. “Elena Ferrante has cited Ortese as one of her greatest influences . . . This collection of short stories and essays [infuses] a grimy, chaotic Naples with unsentimental menace.” —The New Yorker “A writer of exceptional prowess and force. The stories collected in this volume, which reverberate with Chekhovian energy and melancholy, are revered in Italy by writers and readers alike.” —Jhumpa Lahiri, Pulitzer Prize–winning author of Interpreter of Maladies