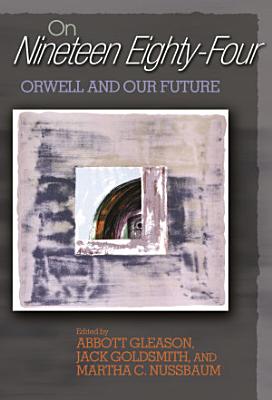 George Orwell's Nineteen Eighty-Four is among the most widely read books in the world. For more than 50 years, it has been regarded as a morality tale for the possible future of modern society, a future involving nothing less than extinction of humanity itself. Does Nineteen Eighty-Four remain relevant in our new century? The editors of this book assembled a distinguished group of philosophers, literary specialists, political commentators, historians, and lawyers and asked them to take a wide-ranging and uninhibited look at that question. The editors deliberately avoided Orwell scholars in an effort to call forth a fresh and diverse range of responses to the major work of one of the most durable literary figures among twentieth-century English writers. As Nineteen Eighty-Four protagonist Winston Smith has admirers on the right, in the center, and on the left, the contributors similarly represent a wide range of political, literary, and moral viewpoints. The Cold War that has so often been linked to Orwell's novel ended with more of a whimper than a bang, but most of the issues of concern to him remain alive in some form today: censorship, scientific surveillance, power worship, the autonomy of art, the meaning of democracy, relations between men and women, and many others. The contributors bring a variety of insightful and contemporary perspectives to bear on these questions.