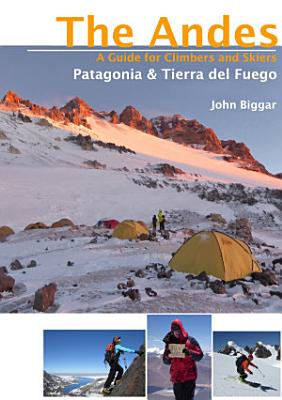 'The Andes - A Guide for Climbers' is the only comprehensive guidebook about the peaks of the Andes. This is the 5th English edition of the only complete guidebook to the peaks of the Andes. It covers many areas not described in any other source. Previous editions have been translated into French, Spanish, Polish and Czech. The author, John Biggar, is a very experienced high-altitude mountaineer who has been climbing and skiing in the Andes for 30 years and has made ascents of over 350 peaks higher than 5000m. The 5th edition includes route information for all 100 of the major 6000m mountains, plus over 300 other peaks. With over 200 diagrams, 270 photos and 80 maps it also gives the best ski-mountaineering peaks in over 10 areas across 5 countries. Because an unforgettable journey starts with a thorough preparation, find out everything you need to know about climbing and skiing the Andes in this guide ! ABOUT THE AUTHOR John Biggar is a professional mountaineering instructor based in Castle Douglas, Kirkcudbrightshire, Scotland. His first publication was an internal report for the nuclear physics department at Edinburgh University, entitled "Anisotropies in the Sequential Break-up of Li6". Since those days John has done little nuclear physics but has been climbing and ski-mountaineering in the Andes a lot. He has climbed many of the highest peaks, including 19 of the 20 highest, made over 100 ascents of 6000m peaks, plus 180 ascents of Andean 5000m peaks. He has made first ascents of six 6000m peaks and also made the first ski descent of Domuyo, the highest peak in Patagonia. A professional mountaineering instructor, he runs a business which specialises in mountaineering, skiing and ski-mountaineering expeditions to South America.