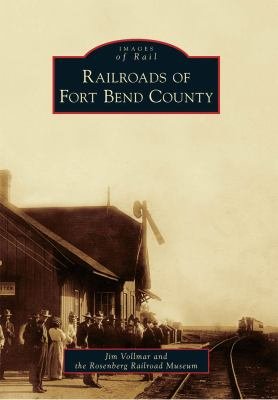 Fort Bend County was formed in the early 1820s by members of Stephen F. Austin's "Old 300." Traders utilized barges and steamboats running along the Brazos River to transport cotton and other products from the lower Brazos Valley to the port at Galveston. In 1853, railroads began to play a larger role in the county's transportation system. Transportation facilities were greatly improved when the first railroad in Texas, the Buffalo, Brazos, and Colorado Railroad Company, completed its first 20-mile segment to Stafford's Point in Fort Bend County from Harrisburg (Houston). As many as eight separate railroads were chartered and operated in Fort Bend County by 1900. Today some of the names have changed but most of the original rail lines remain in operation. The Union Pacific, Burlington Northern Santa Fe, and Kansas City Southern rail companies have picked up where their predecessors left off and are keeping Fort Bend County one of the busiest and fastest-growing counties in the United States.