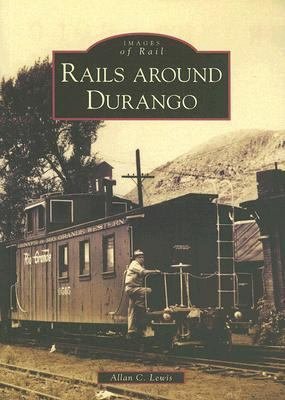 In the 1880s, the Denver & Rio Grande began building its three-foot railroad toward the San Juan Mountains alongside the Animas River and the budding community of Durango. The D&RG quickly established itself in Durango, constructing a depot as well as a 45-mile connection to the regional mining hub of Silverton. Over 60 years, the towns, the railroad, and the mines it served would weather plummeting silver values and a turbulent economy. By the end of World War II, declining freight volumes left the future of the railroad in doubt, but by the late 1940s, a growing number of train enthusiasts were journeying to Durango for one last ride. The new popularity of the Silverton Branch brought rail fans to the area in increasing numbers through the 1950s. Today the Durango & Silverton Narrow Gauge Railroad continues to preserve the region's railroading past and has become a unique aspect of the history of Southwestern Colorado.