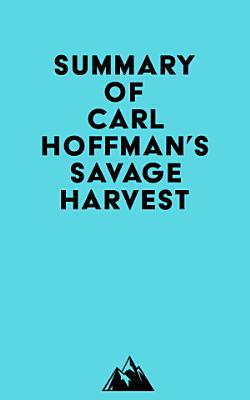 Please note: This is a companion version & not the original book. Sample Book Insights: #1 The sea was warm, and Michael was able to swim five to ten miles off the coast of southwest New Guinea. He knew that the shore behind him receded quickly, and that the water was shallow. He should be able to stand when he was still a mile from shore. #2 He was a Rockefeller, and he knew what was expected of him. He was responsible for doing good things, big things, and making something of himself. He wasn’t in a rush. He was swimming for his sister, for his best friend, for the Asmat people. He wasn’t afraid. #3 In the early morning, as the sky began to light up, he was finally able to see the trees clearly. He was exhausted, but the dawn gave him some strength. He swam for hours, and then rested. He knew he would make it. #4 They saw him, fifty of them, resting in eight long canoes along the mouth of the Ewta River. It was six in the morning. The sun was already rising, and the air was humid. The men were black-skinned, with strong features and high cheekbones. They had no fat, and they didn’t know sugar.