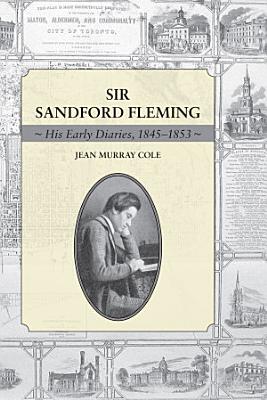 Sandford Fleming knew fame and many honours later in life, but the path was not always easy. His beginnings are revealed in these early diaries that record his thoughts as an eighteen-year-old leaving his family home in Scotland for Canada. After unsuccessful attempts to get work as a surveyor, he finally made important contacts in Toronto, and through involvement with the Mechanics’ Institute and the (Royal) Canadian Institute, became connected to the leading architects and engineers in the community. His work on major projects, including an ambitious plan for the Toronto Harbour and The Esplanade, ultimately led to his first big railway appointment in 1852. Best known for his role in mapping the Canadian Pacific Railway, he also designed Canada’s first adhesive postage stamp, the three-penny Beaver; was an early promoter of the Pacific cable; and is recognized around the world as the inventor of Standard Time. The recipient of many honours, Fleming was knighted by Queen Victoria in 1897.