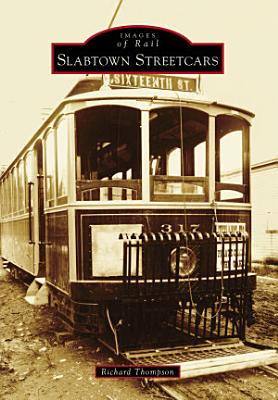 No area of Portland, Oregon, played a more important role in street railway history than Northwest Portland and the neighborhood known as Slabtown. In 1872, the city’s first streetcars passed close to Slabtown as they headed for a terminus in the North End. Slabtown was also home to the first streetcar manufacturing factory on the West Coast. In fact, until locally built streetcars began to be replaced by trolleys from large national builders in the 1910s, more than half of all rolling stock was manufactured in shops located at opposite ends of Northwest Twenty-third Avenue. All streetcars operating on the west side of the Willamette River, including those used on the seven lines that served Northwest Portland, were stored in Slabtown. When the end finally came in 1950, Slabtown residents were riding two of the last three city lines.