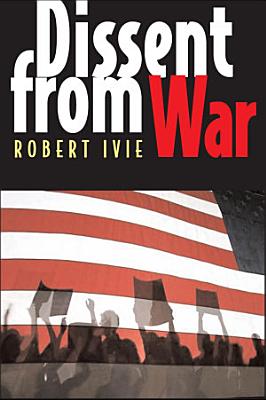 The rhetorical presumption of war's necessity makes violence regrettable, but seemingly sane, and functions to shame anyone who opposes military action. Ivie proposes that the presence of dissent is actually a healthy sign of democratic citizenship, and a responsible and productive act, which has been dangerously miscast as a threat to national security. Ivie, a former US Navy petty officer, puts a microscope to the language of war supporters throughout history and follows the lives and memories of soldiers and anti-war activists who have dealt with degrees of confusion and guilt about their opposition to war. Arguing that informed dissent plays out largely in the realm of rhetoric, he equips readers with strategies for resisting the dehumanizing language used in war propaganda. Through his careful study of language strategies, he makes it possible to foster a community where dissenting voices are valued and vital.