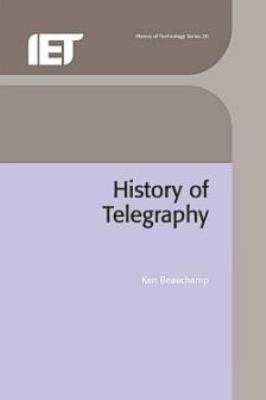 This book records the growth of telegraphy over two centuries, depicting the discoveries and ingenuity of the experimenters and engineers involved, the equipment they designed and built, and the organization, applications and effects on society. The two main phases - cable-based techniques that began in the early 19th century and then wireless transmission in the 20th century - parallel the changes in voice and information communications seen recently. Modern methods of data compaction, coding and encryption in today's communications all have their routes in the techniques of the telegraph pioneers.