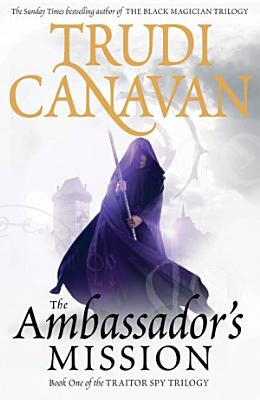 Discover the first thrilling novel in the No. 1 Sunday Times bestselling Traitor Spy Trilogy from the fantasy phenomenon Trudi Canavan. As the son of the late High Lord Akkarin, saviour of the city, and Sonea, the former street urchin turned Black Magician, Lorkin has a legacy of heroism and adventure to live up to. So when Lord Dannyl takes the position of Guild Ambassador to Sachaka, Lorkin volunteers to be his assistant in the hopes of making his mark on the world. When news comes that Lorkin is in danger, the law that forbids Black Magicians leaving the city forces Sonea to trust that Dannyl will save him. Besides, her old friend Cery needs her as never before: someone has been assassinating Thieves, and when his family is targeted he finds evidence that this Thief Hunter uses magic. Either a member of the Guild is hunting down the Thieves one by one, or there is - once again - a rogue magician on the streets of Imardin. And this one has full control of their powers - and is willing to kill with them. Set in the same world as her global bestselling Black Magician Trilogy, Trudi Canavan's Traitor Spy Trilogy is a gripping fantasy adventure filled with danger and forbidden magic. ESCAPE TO A NEW WORLD. DISCOVER THE MAGIC OF TRUDI CANAVAN. 'It's easy to see why Trudi Canavan's novels so often make the bestseller lists. Her easy, flowing style makes for effortless reading . . . Delightful worldbuilding . . . Vivid and enjoyable' SFX The Traitor Spy Trilogy: The Ambassador's Mission The Rogue The Traitor Queen