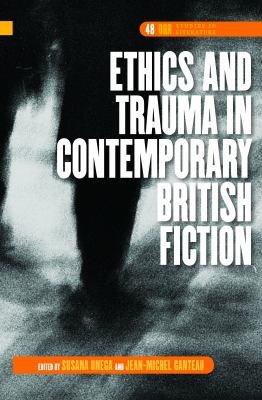 This volume is the first book of criticism to provide a systematic analysis of a corpus of emblematic contemporary British fictions from the combined perspective of trauma theory and ethics. Although the fictional work of writers such as Graham Swift has already been approached from this perspective, none of the individual works or authors under analysis in the twelve essays collected in this volume has been given such a systematic and in-depth scrutiny to date. This study, which is addressed to academics and university students of British literature and culture, focuses on the literary representation of trauma in key works by Martin Amis, J. G. Ballard, Pat Barker, John Boyne, Angela Carter, Eva Figes, Alan Hollinghurst, Delia Jarrett-Macauley, A.L. Kennedy, Ian McEwan, Michael Moorcock, Fay Weldon and Jeanette Winterson, within the context of the “ethical turn” in the related fields of literary theory and moral philosophy that has influenced literary criticism over the last three decades, with a special focus on the ethics of alterity, the ethics of truths, and deconstructive ethics.