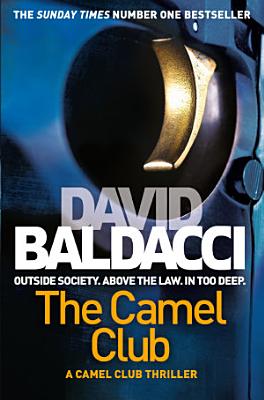 The Camel Club by bestselling sensation David Baldacci is the exciting first instalment of a breathtaking series. The Camel Club: a group of conspiracy theorists led by the mysterious Oliver Stone, who camp outside the White House. Their goal – to expose corruption at the upper echelons of US government. The stakes are raised when the group witness the murder of an intelligence analyst. A murder the authorities seem intent on writing off as suicide. Looking at the case more closely provokes more questions than answers. Joining forces with Secret Service Agent Alex Ford, the Camel Club prepare to shine a spotlight on a conspiracy that reaches into the heart of Washington’s corridors of power. In doing so, Ford finds out that his worst nightmare is about to happen . . . The Camel Club is followed by The Collectors, Stone Cold, Divine Justice and Hell's Corner.