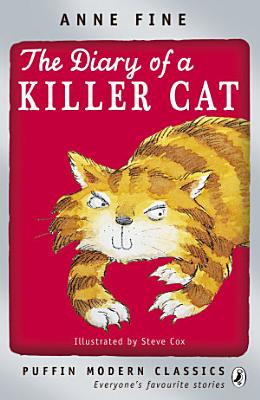 The Diary of a Killer Cat Book Details:

The Diary of a Killer Cat Book Summary/Review:

Everyone loves the wickedly dry sense of humour of The Diary of a Killer Cat by Anne Fine. Okay, Okay. So hang me. I killed the bird. For pity's sake, I'm a cat. Poor Ellie is horrified when Tuffy drags a dead bird into the house. Then a mouse. But Tuffy can't understand what all the fuss is about. Who on earth will be the next victim to arrive through the cat-flap? Can soft-hearted Ellie manage to get her beloved pet to change his wild, wild ways before he ends up in even deeper trouble? The hilarious antics of Tuffy and his family as told by the killer cat himself. 'Anne Fine knows how to make readers laugh' Guardian Anne Fine has written numerous highly acclaimed and prize-winning books for children and adults. The Tulip Touch won the Whitbread Children's Book of the Year Award; Goggle-Eyes won the Guardian Children's Fiction Award and the Carnegie Medal; Flour Babies won the Carnegie Medal and the Whitbread Children's Book of the Year; and Bill's New Frock won a Smarties Prize. Anne Fine was named Children's Laureate in 2001 and was awarded an OBE in 2003.