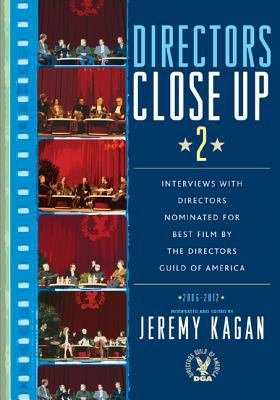 Since 1992, The Directors Guild of America has hosted annual seminars featuring its nominees for outstanding feature film directing. In this all-new sequel to Directors Close Up, film and television director Jeremy Kagan culled the most insightful and entertaining responses from these acclaimed directors from the 2006 to 2012 seminars. From script development through pre-production to production and post-production, the directors—including George Clooney, Ethan and Joel Coen, Ron Howard, Christopher Nolan, Martin Scorsese, and Steven Spielberg, among others—offer personal insights into every step of the creative process. Featuring materials from many of the productions, this book will be of interest to professional and aspiring directors as well as to film fans.