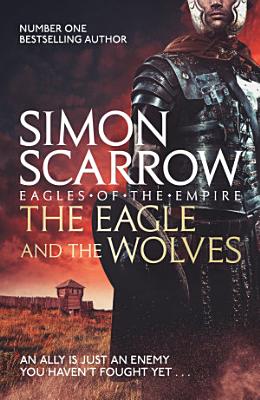 The Eagle and the Wolves (Eagles of the Empire 4) Book Details:

The Eagle and the Wolves (Eagles of the Empire 4) Book Summary/Review:

IF YOU DON'T KNOW SIMON SCARROW, YOU DON'T KNOW ROME! THE EAGLE AND THE WOLVES is the gripping fourth novel in Simon Scarrow's bestselling Eagles of the Empire series. Perfect for fans of Bernard Cornwell and Conn Iggulden. 'A new book in Simon Scarrow's long-running series about the Roman army is always a joy' The Times Britannia, AD 44. Occupation is never easy. The enemy is butchering their supply convoys, their garrison town is starving and the truce with the locals is uneasy at best. Young Cato, newly promoted, and veteran centurion Macro are ordered to train the Wolves and the Boars, two cohorts of barbarian Britons, and introduce them to the brutal drills of the Roman Imperial Army. Macro is confident they'll win the natives over, but Cato worries about putting weapons into the hands of potential rebels. Ultimately, only one thing matters: is there a difference between the enemy at their gates, and the allies in their own camp?