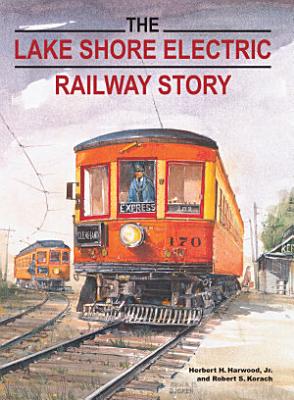 From 1901 to 1938 the Lake Shore Electric claimed to be—and was considered by many—"The Greatest Electric Railway in the United States." It followed the shore of Lake Erie, connecting Cleveland and Toledo with a high-speed, limited-stop service and pioneered a form of intermodal transportation three decades before the rest of the industry. To millions of people the bright orange electric cars were an economical and comfortable means of escaping the urban mills and shops or the humdrum of rural life. In summers during the glory years there were never enough cars to handle the crowds. After reaching its peak in the early 1920s, however, the Lake Shore Electric suffered the fate of most of its sister lines: it was now competing with automobiles, trucks, and buses and could not rival them in convenience. The Lake Shore Electric Railway Story tells the story of this fascinating chapter in interurban transportation, including the missed opportunities that might have saved this railway.