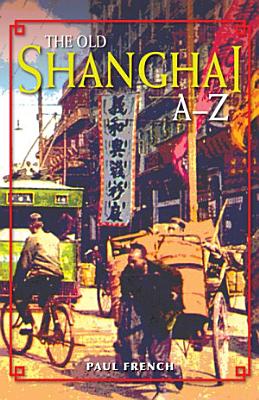 This richly anecdotal guide to every street in Shanghai details many landmarks and stories associated with its best-known avenues. A definitive index to the street names of Shanghai, some of which have disappeared or been removed, allows historians, researchers, tourists, and the just plain curious to navigate the city in its pre-1949 incarnations, through the former International Settlement, French Concession, and External Roads area with a detailed map and alphabetical entry for every road. The book is lavishly illustrated with old advertising, images, and postcards of the streets and businesses, the bars and nightclubs, the people and characters of old Shanghai bringing alive the city in its previous heyday as the Pearl of the Orient.The Old Shanghai A-Zshould become the standard reference work as well as being an easy-to-use guide for researchers and visitors looking to recapture the glamour and uniqueness of old Shanghai. Paul Frenchis an analyst and writer who has worked in Shanghai for many years as a founder of Access Asia. His books includeCarl Crow: A Tough Old China HandandThrough the Looking Glass: China's Foreign Journalists from Opium War to Mao.