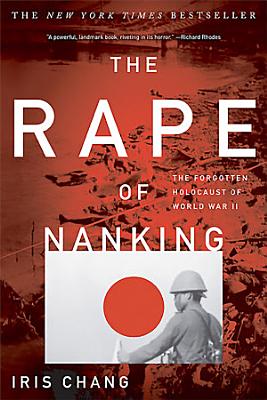 The Rape Of Nanking Book Details:

The Rape Of Nanking Book Summary/Review:

The New York Times bestselling account of one of history's most brutal -- and forgotten -- massacres, when the Japanese army destroyed China's capital city on the eve of World War II In December 1937, one of the most horrific atrocities in the long annals of wartime barbarity occurred. The Japanese army swept into the ancient city of Nanking (what was then the capital of China), and within weeks, more than 300,000 Chinese civilians and soldiers were systematically raped, tortured, and murdered. In this seminal work, Iris Chang, whose own grandparents barely escaped the massacre, tells this history from three perspectives: that of the Japanese soldiers, that of the Chinese, and that of a group of Westerners who refused to abandon the city and created a safety zone, which saved almost 300,000 Chinese. Drawing on extensive interviews with survivors and documents brought to light for the first time, Iris Chang's classic book is the definitive history of this horrifying episode. "Chang vividly, methodically, records what happened, piecing together the abundant eyewitness reports into an undeniable tapestry of horror." - Adam Hochschild, Salon