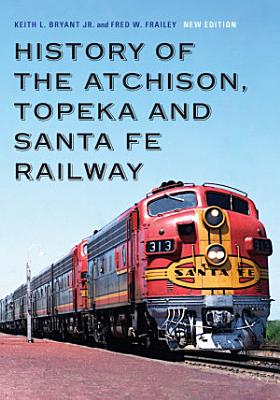 Cyrus K. Holliday envisioned a railroad that would run from Kansas to the Pacific, increasing the commerce and prosperity of the nation. With farsighted investors and shrewd management, the Atchison, Topeka and Santa Fe Railway grew from Holliday's idea into a model of the modern, rapid, and efficient railroad. There were many growing pains early on, including rustlers, thieves, and desperadoes as well as the nineteenth century's economic and climatic hardships. The railroad eventually extended from Chicago to San Francisco, with substantial holdings in oil fields, timber land, uranium mines, pipelines, and real estate. This is the first comprehensive history of the iconic Atchison, Topeka and Santa Fe Railway, from its birth in 1859 to its termination in 1996. This volume discusses the construction and operation of the railway, the strategies of its leaders, the evolution of its locomotive fleet, and its famed passenger service with partner Fred Harvey. The vast changes within the nation's railway system led to a merger with the Burlington Northern and the creation of the BNSF Railway. An iconic railroad, the Santa Fe at its peak operated thirteen thousand miles of routes and served the southwestern region of the nation with the corporate slogan "Santa Fe All the Way." This new edition covers almost twenty-five more years of history, including the merger of the Santa Fe and Burlington Northern railroads and new material on labor, minorities, and women on the carrier along with new and updated maps and photographs.