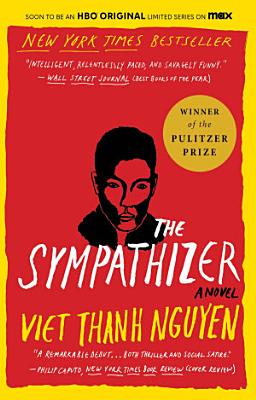 Winner of the 2016 Pulitzer Prize for Fiction Winner of the 2016 Edgar Award for Best First Novel Winner of the 2016 Andrew Carnegie Medal for Excellence in Fiction “[A] remarkable debut novel”—Philip Caputo, New York Times Book Review (cover review) The winner of the Pulitzer Prize for Fiction, as well as seven other awards, The Sympathizer is one of the most acclaimed books of the twenty-first century. With the pace and suspense of a thriller and prose that has been compared to Graham Greene and Vladimir Nabokov, The Sympathizer is a sweeping epic of love and betrayal. The narrator, a communist double agent, is a “man of two minds,” a half-French, half-Vietnamese army captain who comes to America after the Fall of Saigon, and while building a new life with other Vietnamese refugees in Los Angeles is secretly reporting back to his communist superiors in Vietnam. The Sympathizer is a blistering exploration of identity and America, a gripping spy novel, and a powerful story of love and friendship.