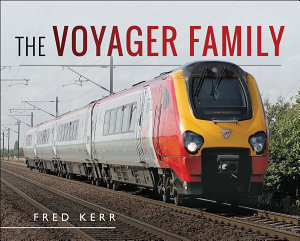 When British Railways was privatized in 1994, much interest was generated by the franchise arrangements, including the new operators and the specific requirements of the franchise agreements. The West Coast Main Line (WCML) was a major operation offered as two franchises covering Inter City and Cross-Country services, and both were initially won by Virgin Trains (albeit operated by separate companies within the Virgin group).The Inter City franchise was awarded to Virgin Trains West Coast (VTWC) and the Cross-Country franchise was awarded to Virgin Trains Cross Country (VTCC), but both franchise agreements were awarded on condition that the existing rolling stock was replaced. In the case of VTCC this meant replacing the mix of ageing locomotive-hauled train sets by a new fleet of diesel multiple unit train sets, leading to two designs being ordered in 1998 with deliveries beginning in 2001. The Class 220 Voyager was a 4-car train set specified for VTCCs Inter City services, whilst the Class 221 Super Voyager was a 5-car train set with tilting mechanism for Cross Country services; the Super Voyager order also included four 4-car train sets for operation on Euston Holyhead services.The new fleets quickly provided a standard fleet, but the Virgin Trains franchises soon became involved in political issues that affected both the running of the companies and the operation of the train sets, leading to the Cross Country franchise changing operators in 2006. At the same time, political interference in franchise agreements led to other franchisees being forced to make decisions regarding fleet renewals and train operation that led to variations to the original Voyager designs being introduced to service.The Voyager Family covers the earliest days of operation while reflecting the many changes that have taken place, both in the franchisees who have operated them and in their spheres of operation. Despite the many criticisms, the train sets continue to provide an extensive range of services, all of which are celebrated in this book.