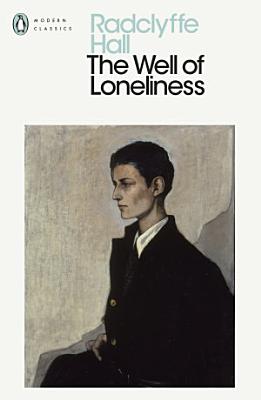 The Well of Loneliness Book Details:

The Well of Loneliness Book Summary/Review:

New to Penguin Modern Classics, the seminal work of gay literature that sparked an infamous legal trial for obscenity and went on to become a bestseller. The Well of Loneliness tells the story of tomboyish Stephen, who hunts, wears trousers and cuts her hair short - and who gradually comes to realise that she is attracted to women. Charting her romantic and professional adventures during the First World War and beyond, the novel provoked a furore on first publication in 1928 for its lesbian heroine and led to a notorious legal trial for obscenity. Hall herself, however, saw the book as a pioneer work and today it is recognised as a landmark work of gay fiction. This Penguin edition includes a new introduction by Maureen Duffy. 'The archetypal lesbian novel' - Times Literary Supplement 'One of the first and most influential contributions of gay and lesbian literature' - New Statesman Radclyffe Hall was born in 1880. After an unhappy childhood, she inherited her father's estate and from then on was free to travel and live as she chose. She fell in love and lived with an older woman before settling down with Una Troubridge, a married sculptor. Hall wrote many books but is best known for The Well of Loneliness, first published in 1928. She died in 1943 and is buried in Highgate Cemetery in London. Maureen Duffy was born in 1933 and educated at Kings College London. She became a full-time writer in the 1960s, and has since written numerous screenplays, poetry and novels. A lifelong campaigner for gay rights and animal rights, Duffy is also president of the Authors' Licensing and Collecting Society.