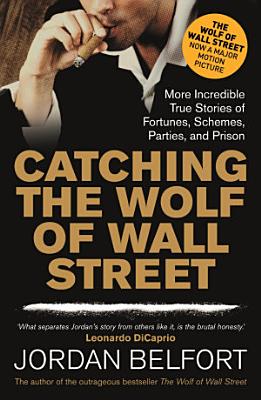 In the 1990s Jordan Belfort became one of the most infamous names in American finance: a brilliant, conniving stock-chopper. He was THE WOLF OF WALL STREET, whose life of greed, power and excess was so outrageous it could only be true; no one could make this up! But the day Jordan was arrested and taken away in handcuffs was not the end of the madness. Catching the Wolf of Wall Street tells of what happened next. After getting out of jail on $10 million bail he had to choose whether to plead guilty and act as a government witness or fight the charges and see his wife be charged as well. he cooperated. With his trademark brash, brazen and thoroughly unputdownable storytelling, Jordan details more incredible true tales of fortunes made and lost, money-making schemes, parties, sex, drugs, marriage, divorce and prison. PRAISE FOR THE WOLF OF WALL STREET 'What separates Jordan's story from others like it, is the brutal honesty.' - Leonardo DiCaprio 'Raw and frequently hilarious.' - The New York Times 'Reads like a cross between Tom Wolfe's Bonfire of the Vanities and Scorsese's Goodfellas ... Laugh-out funny.' - The Sunday Times