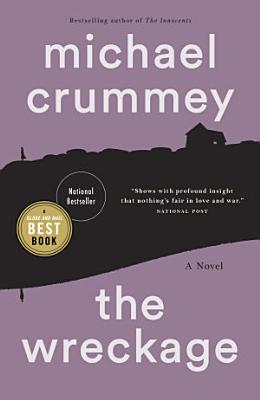 Having achieved considerable success with his first novel, River Thieves, Michael Crummey has written a book that is equally stunning and compelling. The Wreckage is a truly epic, yet twisted, romance that unfolds over decades and continents. It engages readers on the austere shores of Newfoundland’s fishing villages and drags them across to Japanese POW camps during some of the worst events of the Second World War. Haunting, lyrical, and deeply intimate, Crummey’s language fully exposes his characters’ vulnerabilities as they struggle to come to terms with their guilt and regret over decisions made during their impulsive youths. It is a testament to Crummey’s gifts as a novelist that he can flow quite easily through time, across landscapes, and between vastly different characters. He vividly captures the mental and physical anguish experienced in prison camps, and with calm lucidity explores the motives of a Japanese soldier whose actions seem inhumanly cold and calculating. Crummey toys with the readers’ sympathies, suggesting there are few distinctions between the enemy and us. He incorporates heartbreaking tragedy–the dropping of the atom bomb, lynchings in America, murderous revenge–to underscore the darker side of humanity. Crummey shows that we are capable of violence, but in the end he proves we are also capable of redemption, forgiveness, and can be led, unashamed, back to the ones we love.