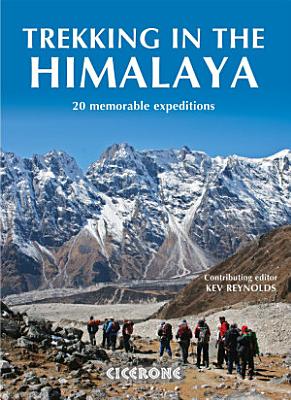 Trekking in the Himalaya Book Details:

Trekking in the Himalaya Book Summary/Review:

An inspirational larger format book describing 20 memorable treks in the Himalaya. They include such well-known classics as the treks to Everest, K2 and Kangchenjunga base camps, and the Annapurna and Manaslu Circuits. The ultra-long Lunana Snowman Trek and a kora around sacred Mount Kailash in Tibet are also included. There are epic glacier treks like that to Pakistan's Snow Lake; following in the footsteps of Shipton and Tilman towards Nanda Devi, and the approach to Gangkar Punsum - the world's highest unclimbed peak located in remote Bhutan. This inspirational guide was edited by trekking specialist Kev Reynolds, and written by a team of eight experienced authors, writers and guides. A compilation of the best walking in the Himalaya, it looks at each trek in turn, and discovers what makes the trek special, and entices with vivid accounts and breathtaking photography.