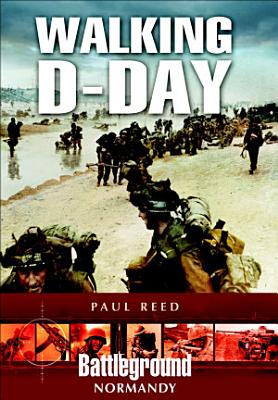 Paul Reeds latest battlefield walking guide covers the site of the largest amphibious invasion of all time, the first step in the Allied liberation of France and the rest of northwest Europe. The places associated with the landings on the Normandy coast on 6 June 1944 are among the most memorable that a battlefield visitor can explore. They give a fascinating insight into the scale and complexity of the Allied undertaking and the extent of the German defenses and into the critical episodes in the fighting that determined whether the Allies would gain a foothold or be thrown back into the sea. All the most important sites are featured, from Pegasus Bridge, Merville Battery, Ouistrehem and Longues Battery to Juno, Gold, Omaha and Utah Beaches, Pointe du Hoc and Sainte-Mre-glise. There are twelve walks, and each one is prefaced by a historical section describing in vivid detail what happened in each location and what remains to be seen. Information on the many battlefield monuments and the military cemeteries is included, and there are over 120 illustrations. Walking D-Day introduces the visitor not only to the places where the Allies landed and first clashed with the Germans defenders but to the Normandy landscape over which the critical battles that decided the course of the war were fought.