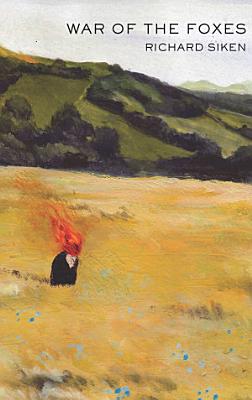 War of the Foxes Book Details:

War of the Foxes Book Summary/Review:

"His territory is [where] passion and eloquence collide and fuse.'—The New York Times "Richard Siken writes about love, desire, violence, and eroticism with a cinematic brilliance and urgency."—Huffington Post Richard Siken's debut, Crush, won the Yale Younger Poets' Prize, sold over 20,000 copies, and earned him a devoted fan-base. In this much-anticipated second book, Richard Siken seeks definite answers to indefinite questions: what it means to be called to make—whether it is a self, love, war, or art—and what it means to answer that call. In poems equal parts contradiction and clarity, logic and dream, Siken tells the modern world an unforgettable fable about itself. The Museum Two lovers went to the museum and wandered the rooms. He saw a painting and stood in front of it for too long. It was a few minutes before she realized he had gotten stuck. He was stuck looking at a painting. She stood next to him, looking at his face and then the face in the painting. What do you see? she asked. I don't know, he said. He didn't know. She was disappointed, then bored. He was looking at a face and she was looking at her watch. This is where everything changed . . . Richard Siken is a poet, painter, and filmmaker. His first book, Crush, won the Yale Younger Poets' prize. He lives in Tucson, Arizona.