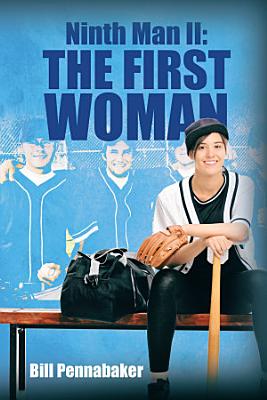 Can a woman make it to the major leagues? In this much anticipated sequel to the beloved book, The Ninth Man, Ninth Man II: The First Woman continues with the saga of Casey Collins, a female baseball player who is striving to become the first woman to make it to the major leagues. As Casey attempts to make history, she unintentionally ignites this generations battle of the sexes. The stakes are raised as a legion of young girls and women rally to support Casey in her quest, and her fear of letting down her girls far outweighs any fear of a 95-mph fastball. While the core cast from The Ninth Man remains, many new characters are introduced. Some are favorable to Casey; others are not. Included are a legendary pitcher straight out of a Leroy Neiman portrait, a woman from Nigeria with piercing eyes and a wit to match, and Tomasino Hawk, the major leagues only Native American player. Follow Casey Collins and this diverse cast of characters as the issues of baseball and life collide. As it was with The Ninth Man, Ninth Man II: The First Woman is about more than baseball. Much more.